First on the Scene Training (FOTS) is a course for EMS Certified educators to train bystanders on how to respond when an emergency happens. FOTS does not replace the need for EMS personnel or other first responders; rather, it instructs lay people on the appropriate steps to take to help someone until first responders can reach the scene. By engaging in this training, people can help save lives.

A lay person trained in FOTS may be referred to as a lay rescuer.(1) A lay rescuer is a person not professionally trained to provide a higher level of medical care to a person who has suffered an injury or sudden illness. First responders, including EMS and paramedics, on the other hand, are educated professionals who are certified to provide trauma and medical care in emergencies. 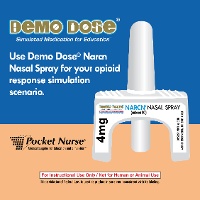 Although much focus is on sudden cardiac arrest, people also suffer other types of emergencies that need immediate attention. Cuts and burns, overdose, traumatic injury due to a fall or automobile accident, or exposure to an allergen, for instance, should be tended to while first responders are on their way to the scene.

People who take FOTS classes will learn how to:

The first person on the scene is usually someone AT the scene – a coworker, parent, babysitter or sibling, even a stranger who saw what happened. With the proper knowledge, a lay rescuer can effect a more positive outcome for an injured party. Studies show that when a bystander steps in to administer aid, victims have a higher survival rate.

The National Association of Emergency Medical Technicians (NAEMT) developed FOTS with the International Association of Fire Chiefs (IAFC). FOTS training provides instructors with a toolkit to teach the general public basic emergency response to life-threatening emergencies until EMS arrives on the scene. For more information about becoming an instructor in FOTS training, see the NAEMT.org site.

Pocket Nurse is a nurse-owned-and-operated company that specializes in medical education and simulation technology solutions.